Cellist
Our Story
Born in Edmonton, John Fedor began his cello studies at the age of ten, with Josephine van Lier. He recently received his Bachelor of Music Degree from the University of Alberta, under the direction of cellist Tanya Prochazka. While attending the University of Alberta, John received the Jason Lang Memorial Scholarship, Beryl Barnes Memorial Award, Frantisek Cikanek Memorial Scholarship, and the Alexander Rutherford Scholarship. In 2001, John also received the Elizabeth Cerwick memorial String Scholarship from the Alberta College Conservatory of Music.

From 2009-10, John performed as a member of the Symphony Orchestra Academy of the Pacific, studying under Katinka Kleijn of the Chicago Symphony, and Ariel Barnes, principle cello of the Vancouver Opera Orchestra. John also completed the Symphony Orchestra Academy of the Pacific conductors program in 2010 and 2011 under the direction of Arthur Arnold of the Netherlands.  John is also a current member of the Wild Rose String Quartet, established in 2008.

​​From 2008-12, he worked with the Edmonton Public School Board Music Enrichment Program as an instructor and conductor. John also spent 9 years as director and conductor for the St. Martin Children's String Society in Edmonton. In 2014, John received his Bachelor of Education Degree from the university of Alberta. Since then, he is currently employed with the Edmonton Public School Board as an Elementary Music Specialist. John holds a level II in Orff Schulwerk certification. 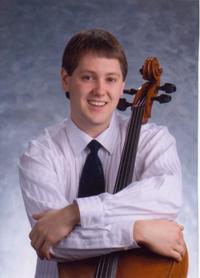